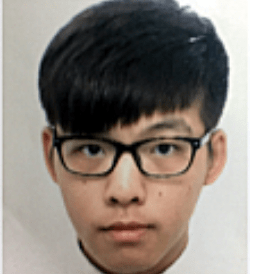 When I was a kid, I often watched Japanese animation and movies, and started to ignite the Japanese culture. Therefore, I chose the Department of Japanese at Aletheia University.   In college, because I was very interested in organizing activities together, with the support of everyone, I became the president of the Department of Society. Through the work of the president, I learned the essentials of the activities and the importance of teamwork. One year became Our university's valuable assets also lay the foundation for future group cooperation.

【After graduating from college】

In order to improve my conversation ability after graduation, I decided to go to work in Okinawa, Japan. Through working with the Japanese, I realized that the Japanese are responsible for work and the importance of time. They also have a deeper understanding of cultural differences. Requirements for work details, etc.

I did n’t have much thoughts about just graduated. In the first year, I chose to work in Japanese marketing at Taiyang Advertising agency. I was mainly responsible for Taiwan-Japan advertising marketing agency related work. In addition to frequent Japanese correspondence, occasionally the authorities Of Japan Tourism Bureau staff will also assist interpreters when visiting Taiwan. Later, I felt that my English ability was insufficient, so I spent nearly a year in Cebu, Philippines as a student manager. In addition to the problems of Taiwanese or mainland students, Japanese students are also assisted in dealing with problems.